Autumn brings out the peaceful sound of dry leaves rustling on tree branches or moving along pavement.

The noise of whining gas-powered leaf blowers can often disturb the peace.

They are hated by many. Fairfield County officials have been unable find a way for them to be contained.

A decade ago, Greenwich residents formed CALM – Citizens Against Leafblower Mania – to push for restrictions. Elected officials wrangled over the proposed limits for a year but, in the end, rejected them.

Now a group called Quiet Yards Greenwich is urging town officials to crack down on the incessant use of gas-powered blowers.

In Westport, a proposal for leaf blower limits appeared on the agenda of the Representative Town Meeting last year. It’s still there. Proponents of the restrictions have said that, though more than 200 towns in the U.S. have passed them, Westport would be the first in Connecticut.

Committees of the Westport RTM now are reviewing the latest version of the proposal.

Norwalk proponents of the ban said sensitivity to the noise and fumes of gas-powered blowers heightened during the COVID-19 pandemic, when people were spending much of their time at home.

Elected officials in Norwalk intend to continue the discussion this month.

A meeting this week of the members of a Stamford Board of Representatives committee illustrates just how complex leaf blower legislation can get.

Stamford officials began discussing restrictions in August with a proposal to amend the city’s noiseOrdinance.

This week, the proposal was held for a fourth time.

City representatives are seeking to restrict gas-powered leaf blower use to 8 a.m. to 6 p.m. Monday through Friday, and 10 a.m. to 3 p.m. on Saturdays, Sundays and holidays. The restriction would not apply to city employees using leaf blowers in the course of city business.

While they’re at it, representatives want to limit other types of noise. They proposed amending the ordinance to prohibit use of construction and demolition equipment until 8 a.m. Monday through Friday. The ordinance now allows equipment use to begin at 7 a.m.

Beyond time of use, representatives want to strengthen penalties for violators. They are seeking to increase the fine from $90 a day to $250 an hour. That also would apply to bars and restaurants that blast music, a source of repeated complaint from residents of mixed residential-commercial neighborhoods.

Members of the Legislative and Rules Committee quickly began to punch holes in the proposed changes during their meeting.

Some said landscaping and construction workers will be hurt by losing an hour’s pay each day.

That’s especially true “this time of year, when it gets dark at 4:30” in the afternoon, city Rep. Mary Fedeli said.

City Rep. Sean Boeger, a Stamford police officer, said 30 to 40 construction crews are working on roads nearly every day with jackhammers and milling equipment to repair or install gas and electric lines and fiber optic cable.

“They have to be out of the roadway by 5 p.m.” to clear the way for rush-hour traffic, Boeger said. “An hour reduction will greatly inhibit them. It will affect them financially and affect the efficiency of construction jobs.”

Boeger said he’s been speaking to his constituents about the proposed changes, since they affect not only landscapers but homeowners who do their own yard work. Constituents told him they would have a problem with banning gas-powered leaf blowers after 3 p.m. on weekends, Boeger said.

“They said they work all week and they only have Saturday or Sunday to leaf blow,” Boeger said. “They told me to make it 5 p.m. on weekends, not 3 p.m.”

Boeger raised a question about the proposed jump in the fine from $90 a day to $250 an hour, the maximum amount a municipality is allowed under state law.

His concern is with enforcement, Boeger said.

“Most of the enforcement would be done by police, not civil citation people, because the violations would be mostly in the early morning hours,” Boeger said. “I can tell you from experience that the higher you make the fine, the more reluctant a police officer is to give a person that fine. Empathy kicks in, and the officer, right or wrong, may be uncomfortable hitting the homeowner with a heavy fine, especially if the homeowner is in a less affluent neighborhood. It weighs on you, and you end up giving the verbal warning instead of the fine.”

City Attorney Dana Lee said the reason for the $250 per hour fine is to deter landscaping companies, restaurants and other establishments that ignore the noise ordinance and pay the current $90 daily fine, thinking of it as a cost of doing business.

“Noise ordinances are difficult to enforce, so we ask the public to self-regulate. The vast, vast majority of residents and businesses do self-regulate,” Lee said. “This proposal is designed to address those who choose to violate the noise ordinance as a matter of course.”

City Rep. Jenny Matheny had a question about decibel levels as described in the noise ordinance. Matheny wanted to know who would measure them.

Lee said that, under the proposal, police would ticket people operating leaf blowers outside the allowed times and would not measure noise levels.

Residents disturbed by noise from bars or restaurants usually use the citizens’ complaint service, which sends a health inspector, unannounced, to the site, decibel meter in hand, Lee said.

That would mean that, for leaf blowers, hour of use – not level of noise – triggers the fine, Matheny said.

“So you can have five leaf blowers going at the same time, as long as they are within the allotted time,” she said.

About an hour into the discussion, city Rep. Don Mays said it’s time for the Board of Representatives to act.

“I think we have to do something,” Mays said. “Residents want to see a deterrent for restaurant noise and gas leaf blowers. They need some rest from that.”

The ordinance now exempts homeowners who use gas-powered leaf blowers, but they should be included, Mays said.

“That is the source of a lot of complaints,” he said. “The drone of these things drives people crazy, particularly when they are working from home.”

Representatives then voted unanimously to hold their proposed amendments to the noise ordinance and ask the city attorney to split them into three separate items: the fine increase, use of gas-powered leaf blowers, and hours for construction and demolition activity.

They should be considered separately for board members and for citizens who will weigh in during public hearings on the ordinance changes, city Rep. Nina Sherwood said.

“There are members of this board who will Never vote to limit gas-powered blowers but would favor increasing the noise violation fine to $250 an hour,” Sherwood said. “People will want to support one thing and not another. I don’t think it’s proper that these three things are lumped together.”

Representatives said that the three items could be raised again next month.

Greenwich First Selectman Fred Camillo announced Friday that he is working with Quiet Yards citizens group to find a compromise.

Camillo said he does not favor an outright leaf blower ban, but “while we wait for electric leaf blowers to get better, and less expensive, there are things we can do.”

During the pandemic, he used the first selectman’s emergency power to extend the times, already on the books, that use of leaf blowers is prohibited, Camillo said.

“People were working from home. They needed a break,” he said. “But I ended the emergency power after a year.”

Camillo said that he is in talks with Quiet Yards Greenwich about limiting gas-powered leaves blower use outside of spring and autumn cleanups.

“For the rest of the year, we can give people some peace,” he said.

Camillo stated that Greenwich’s health director will discuss the matter at a February meeting. 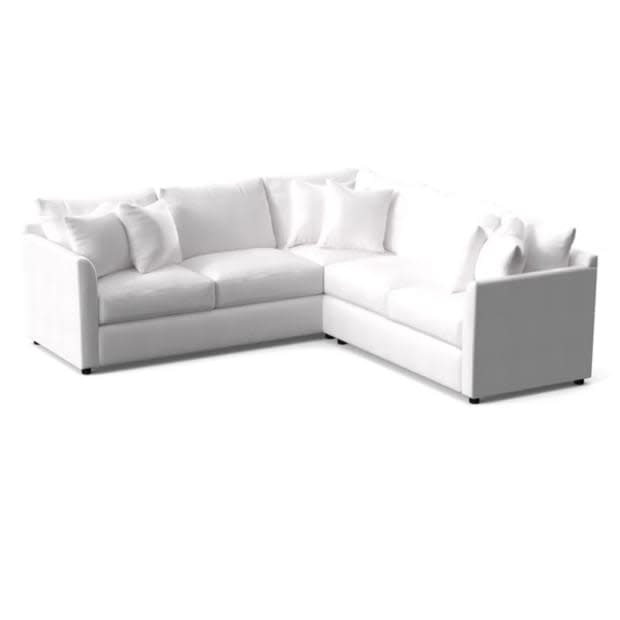 Next Article Best Lawn Mowers for Uneven Ground and Slopes

How to Store Lawn Mower Outdoors (Without Shed)

Although a garage or shed is ideal for storing a mower off-season, it may not always be possible. So if you’re wondering if you can […]

Signs that it is time for a new lawnmower

It’s easier to be prepared for what lies ahead. That’s why when it comes to lawnmowers, life is much easier when you know it’s […]