Lawn Mower Sputtering (Why and How to Fix it)

It is ideal to only have to start the mower once before heading out to the yard. But, unfortunately, there are moments when you’ll find yourself having to repeatedly strike up the engine because the lawn mower sputters and dies. If you’re lucky, you’ll manage to keep the engine running, but it will keep on sputtering, making cutting the yard hard work. So, let’s take a look at what could be going on here.

The sputtering of a lawn mower’s engine is a sign that there isn’t enough fuel making its way to the cylinder head for ignition. There are several engine components in the fuel’s path that play a vital role in getting the gasoline from the fuel tank to the combustion chamber. If an engine is not functioning properly, it can cause it sputter.

Six Reasons Your Mower Is Sputtering

Instead of struggling with your lawn mower sputtering, here are six different parts of your mower’s engine that are more than likely causing you the issue. Let’s take a closer look at what these parts are and how you can diagnose if they are the root of the problem.

These fuel filters are serviceable parts and must be replaced regularly. They remove impurities from fuel and prevent harmful material from reaching engine parts. They can block fuel flow and cause them become clogged. Even if you keep trash out it won’t be possible to keep the imperfections out.

To make sure your lawn mower’s fuel filter is clean. Ride-on lawn mowers, like John Deere’s and Husqvarna’s, usually have transparent filters making it easy to see if they have discolored. But smaller walk-behind mowers, like Toro’s and Troy Bilt’s, have fuel filters that you can’t see into. It is impossible to change the fuel filter.

So, if it’s been a while since you have replaced the fuel filter, or you never have, then I’d recommend you swap it out. This is something that I do at least once a calendar year.

Fuel lines are similar to arteries for a lawnmower. They transport fuel between different parts of the fuel system. They can get blocked by fuel gum or other debris, which can cause them narrowing and reduce fuel flow. As a result, you’ll need to disconnect the lines and either clean them or swap them out.

Check for fuel line blockages and remove them. I find that the easiest way to do it is to remove the fuel lines closest to the tank. Check to ensure that fuel flows through the line. If you only get a drip through the line, then you’ll know there is a problem.

Fuel pumps are a little more difficult to diagnose. They are dependent upon a small diaphragm which is compressed by an engine. This pressure is only effective when the engine turns or runs. So, you’ll need to inspect how the fuel flows through the pump.

To do this, disconnect the fuel pump’s outflow fuel line and turn the engine on. The fuel should be flowing steadily. It is possible that the fuel flow is uneven or slow. Make sure you have a container that can capture the gas.

To check if the carburetor is the reason why your lawn mower sputters while running, you’ll need to pull it apart and see if it is operating correctly.

There are many parts to the carburetor that combine together to convert liquid gasoline into vapour. Parts such as the jet and float can become clogged and jammed which can lead to problems with fuel flow and the process of vaporizing.

So, you’ll need to grab your tools and remove the carb from the lawn mower. Once you have the carb off the lawn mower, you’ll want to inspect the jet. My experience has shown that a blocked jet in carburetors is the most common problem.

The gas cap regulates the tank’s pressure and keeps fuel and trash out. The vent in the gas cap is blocked or obstructed by dirt and fuel.

A gas cap that isn’t venting will cause a vacuum, which will prevent the gas from flowing through your fuel system. Remove your gas cap and inspect the vent. If you can see that it is blocked or obstructed, say from some kind of damage or dirt, you’ll know that the cause of the lawn mower sputtering could be due to a vacuum in the tank.

Bad gas can cause lawn mower problems such as sputtering. As gasoline goes bad, it forms a varnish – a sticky gum-like substance. Bad gas can cause damage to the fuel system and blockages by circulating through it. The bad gas that reaches a cylinder head for combustion can’t ignite the same way as fresh, good gas. The result is a sputtering lawnmower.

Visual inspections are the best method to determine if your fuel has gone rancid. You can check if the lawn mower’s fuel is the same color by taking some out and comparing it to fresh gas. If the gas in the lawn mower turns out to be a darker brown or yellow color, then you’ll have discovered there’s bad gas that will need to be removed.

How to Fix a Lawn Mower That Sputters

So, if you have been through the six potential causes for your lawn mower sputtering and found that you have a problem, then you’re going to have to carry out a fix. Here’s what you can do to solve the issue.

The first thing you’re going to have to do to replace your fuel filter is to get a new filter specific to your lawn mower. The wrong filter can cause problems in flow and performance, like sputtering.

So, once you have your new filter, you’ll need to remove the fuel line clips and fuel lines from the old filter. You can do this with a pair pliers. Next, remove the filter and attach the fuel lines. Replace the clips. Ensure that the filter has been installed correctly. You’ll find an arrow on the side of the filter showing you the direction of the fuel flow.

Next, remove the fuel system components and fuel line assembly. Next, cut new fuel line to match the originals. Finally, place them on the mower.

Fuel pumps come in all shapes and sizes, so there isn’t one set of instructions for all types. To help you determine the correct fuel pump, first remove the connecting lines.

There are many lines on the pump. The pump contains the fuel inflow, the gasoline output, and sometimes an air pipe to reach the overhead valve. As long as you install the pipes in the same locations on the new pump, you shouldn’t have any problems. Again, you’ll need your pliers to remove the lines and a small socket set or wrench set to remove the pump mounting bolts.

Once the old pump has been removed, you can mount it to connect the various lines.

If you are familiar with engines, then you’ll probably be comfortable pulling apart a carburetor. You can simply replace the carburetor if you aren’t so comfortable with this job. A new carburetor isn’t that expensive and should run you for less than fifty bucks. Again, there isn’t one set of instructions to replace a carburetor, so I’ll give you an overview of the general steps included.

Next, remove the connecting pins/bars between the throttle control and governor using a pair of needle-nosedpliers. These connections are typically made from small metal bars/pins that pass through small hole in a carb. These can be removed, and the carburetor should not be attached to an engine.

Next, attach the carb and gasket to the engine. Next, install the fixing bolts/screws. You will need to use four hands for this. Once you’re done, attach the air filter cover and throttle link covers, and then reconnect the throttle.

A blocked gas cap is a serious problem but they are easily fixed. Well, as long as it’s not damaged.

Insert a small wire or pin into the cap. That’s it. If you happen to find a problem with the cap, like some damage, I’d suggest that you head out and pick up a replacement. If you happen to see a universal gas cap, make sure that it’s the right one for your mower.

To remove bad gas from your lawn mower, you’ll need to get hold of either a fuel siphon or a fuel transfer pump. The idea behind removing bad gas from lawnmowers is to do it without actually having to use them. It is not a good idea if the mower has bad fuel gas to continue to use it. This will cause more damage to the mower’s components.

You can either pump or siphon the gas. If you don’t have these tools, you can remove one of the fuel lines, preferably the line between the fuel tank and the fuel filter, and drain the tank. Be careful when handling gasoline.

Lawn Mower Sputtering (Why and How to Fix it) 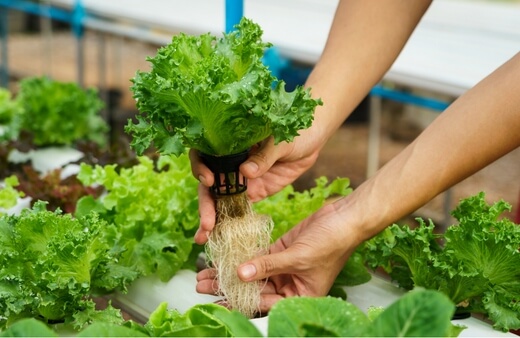 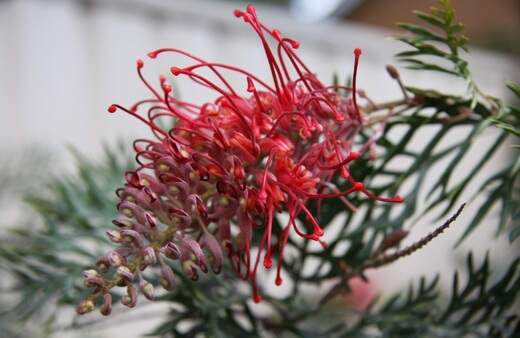 Photograph by Lady_Luck/Shutterstock. We went on a walk through Wesley Heights in search of leaf blowers. It was mid-January, however, and none were to be […]

Sign up for the TV20 newsletter to get the most recent local news Click HERE and receive news straight to your email every morning. BRONSON (Fla.) (WCJB […]